The Erbium glass products delivered by ARSUF LASERS were continuously suffering laser damage failures due to quality variations across batches. Customers had specified a Laser Damage Threshold (LDT) target of above 20j/cm2 as the standard. This target was given to the best coaters in China and Europe, who achieved 10j/cm2 and 15j/cm2 maximum LDT respectively. Eventually, irregularity across batches proved to be too expensive for the production line. To find a solution, Arsuf Lasers explored the complexity of coating Er glass and developed a process that supports LDT as high as 50j/cm2. This article describes the LDT test and its results.

Erbium-doped phosphate glass rods have broad applications in rangefinding, dermatology and long-distance communications due to their high optical quality and chemical stability. They typically emit at the eye-safe range of 1540 nm and higher, which is suitable for rangefinding applications due to their high transmission through the atmosphere. These applications require high-precision glass with high-power laser coatings and demanding dimensional tolerances.

For continuous-wave lasers, thermal absorption drives the damage threshold. In this process, the material vaporises or melts as the rate of absorption is higher than the rate of heat dispersal through thermal conductivity. Long-pulse lasers may also cause damage in this manner. For continuous-wave lasers, the laser-induced damage threshold is represented as power density, noted as irradiance or power per area. Thermal damage may be seen in lasers with pulse widths as low as 10 ns.

Short-pulse laser sources can cause damage by field effects or photoionization. Whenever the electric field is enough to induce electrical conductivity in the insulating material, it may cause dielectric breakdown. The electromagnetic fields from a pulsed laser may be enough to cause structural and chemical changes to the material.

When the electric field absorbs photons and excites electrons into the conduction band, the resulting plasma, on reaching critical density, interacts with the incoming photons due to a resonance between the laser and plasma frequencies. The result is an exponential increase in the plasma temperature. The result is a sudden expansion that may cause a spark and a snap. Heat from the plasma, if the pulse lasts long enough, can damage the surrounding lattice. Avalanche breakdown can occur for high power, short pulses.

The laser damage threshold is the limit at which the material will be damaged by a laser given the wavelength, intensity (power per area) and fluence (energy per area). Fluence is a term used in the context of field effects.

Laser damage threshold testing methods as per international standards are used to determine the irreversible damage of optical elements influenced by a laser beam such that the results are independent of the test lab and reproducible.

The effects of laser damage on optical systems can be mitigated by increasing the LDT of the material, in this case the Er rods, and by changing the laser beam characteristics.

LDT testing is a destructive test performed in compliance with the ISO/DIS 11254 specifications. In the present case, the sample to be tested was Erbium-doped phosphate glass with anti-reflective coating. Wavelength of the Helium-Neon Gaussian laser beam used for the test was 1540 nm, linearly polarized, with a pulse width of 8 ns and 1 Hz repetition rate.

The test setup was a standard configuration that allows the samples to be moved between the laser beam and the microscope focal plane using a range of high accuracy motorized translation stages.

During the testing process, the sample was irradiated several times using a small beam over the clear sample aperture of 95 micrometres. As is usual, 10 sites were irradiated at a base fluence of irradiance level 10.00 J/cm2. Next, the sample was observed under a Normarski brightfield microscope at 150x to observe any physical alterations in the AR coating or surface of the substrate.

“Damage” was defined as signs of plasma or increased Helium-Neon scatter. The test was reported as a Least Fluence Failure measurement, a method used when dealing with unusual coatings.

Following the irradiation of the first 10 sites at a fluence level of 10.00 J/cm2, the percentage of sites exhibiting damage was recorded. At this fluence level, 0 of 10 sites failed, and thus the laser fluence was increased to 25.00 J/cm2 and the process was repeated.

In this way, the procedure continued until some damage was observed in at least one of the ten sites. The damage threshold was defined as the highest fluence or irradiance at which 0 of 10 sites failed.

The test identified the Laser Damage Threshold for the Er phosphate rods as 40.00 J/cm2, peak fluence. The sample was irradiated at 40.00 J/cm2 with no damage at 10 sites.

This test was a turning point for ARSUF LASERS. Once the improved coating method was adopted, uniformity across batches was achieved and the incidence of failures became nonexistent. The test described above is one of the most common methods of Laser Damage Threshold testing. Where preferential damage sites are distributed more randomly or on classic coatings, there is usually a linear correlation between the percentage of sites that fail and the incident fluence. In such cases, a linear regression plotting of the percentage of failed sites can reveal the damage threshold as the point at which the graph crosses the ordinate.

Besides the test described above, more individualized tests can also be carried out where necessary.

PrevPreviousEfficiencies and cost-savings in thin-film coatings for semiconductor lasers
NextWhat are Alexandrite Rods?Next The solid-state, flashlamp-pumped Holmium: YAG (yttrium-aluminum-garnet) laser can remove tissue and make blood clot faster. It has been used since the 1960s in surgery, especially 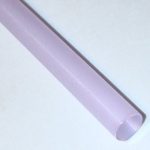 All you need to know about Nd:YAG Laser

What is Nd:YAG Laser? Neodymium-doped ytt rium aluminium garnet (Nd-YAG) crystal is a common lasing medium used in solid state lasers. It has been used

Get in touch to take the next step with Arsuf Lasers

Find out more about how Arsuf Lasers can help your business

We Are Here To Assist You

drop us a line